GET A QUOTE
SHOP
Menu
Menu

GET A QUOTE
SHOP KWIKRINK

The concept of artificial ice may seem relatively novel, but it dates back centuries. Since then, we have come a long way, and modern synthetic ice rinks can now be conveniently installed in your home, so athletes get the practice they need. So we know artificial ice has been around a long time, but where was the first artificial ice rink?

Our blog article today will tackle the question and cover artificial ice history from around the world. Why? Because skating is your sport! Not only is it fun to know the history of your sport but also the rinks you skate on, and at KwikRink, artificial skating rinks are our specialty!

Are you considering an artificial skating rink for your home? Reach out to KwikRink for a free estimate and turn your backyard, basement, garage, or any area with a flat surface into a rink.

Embed from Getty Images
The very first artificial ice skating rink opened in London in 1841. It was chemically produced with a combination of salt, sulfate copper, and “hog’s lard” to make it slick. At the time, the technology did not exist to create a mechanically frozen rink.

It was a small ice rink on the grounds of a nursery near Dorset square. Though not compatible in size to today’s rinks, skaters in the area still found a use for entertainment and practice of their skill.

By 1844 the first permanent opened in London, named “The Glaciarium.” The rink opened in the summer, an unusual time of year but possible as it was an artificial ice rink.

Designers took pride in the quality of the rink. They ensured it represented a lake with alpine scenery, snow-covered mountains, and breathtaking glaciers. Though it was summer, it had a winter feel with mounds of snow amongst the ice.

The only problem was the notorious smell. Because ice could not be manufactured and kept frozen properly, inventors made the artificial ice from a combination of pig fat and salt for the rink.

After some amount of time, fewer and fewer skaters attended skating at the rink due to the horrible smell. The rink eventually had to close, but the idea continued to develop through the years.

How John Gamgee Changed the World of Rinks 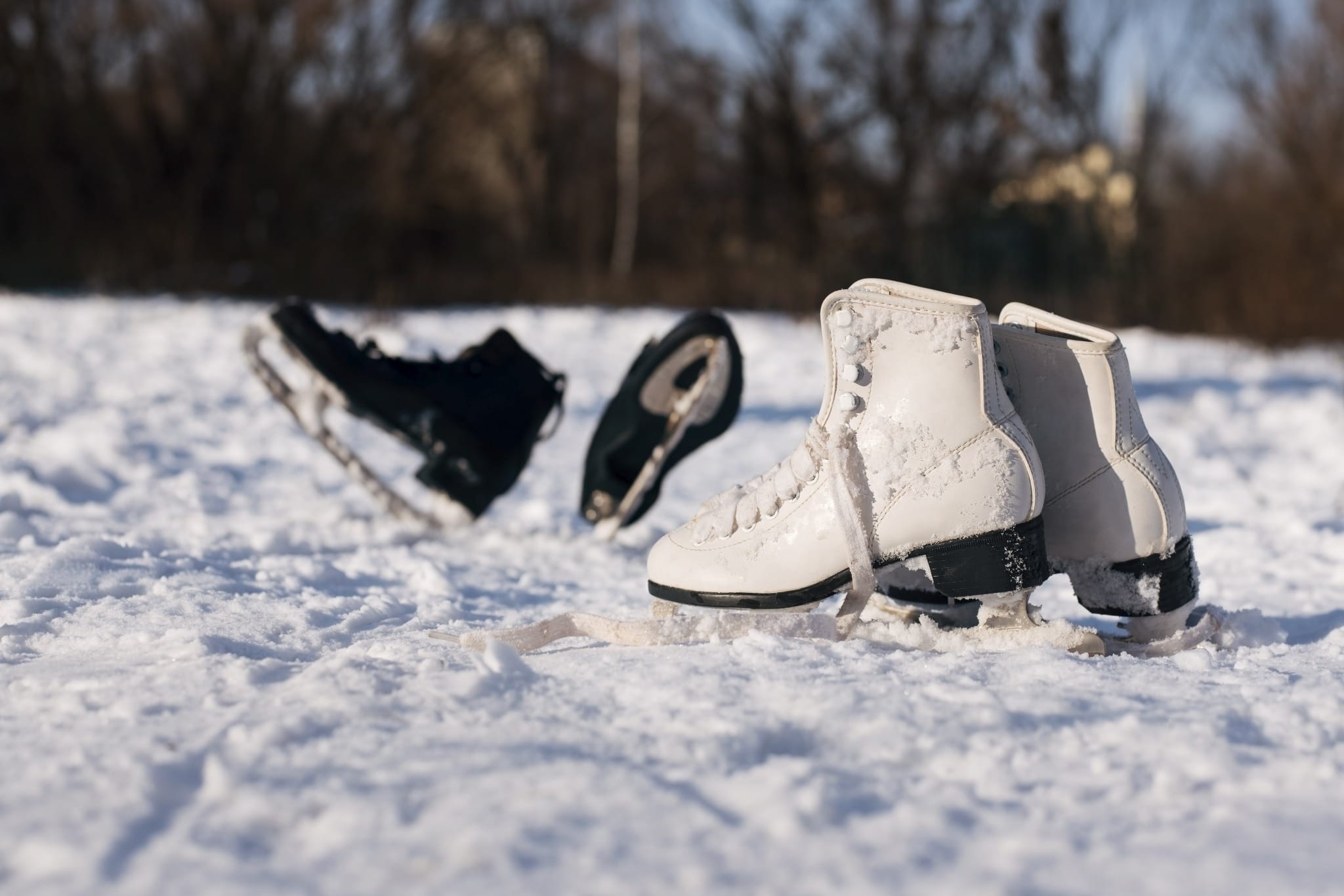 In January 1876, an inventor by the name of John Gamgee opened the first mechanically frozen rink. His rink was a combination of refrigeration technology which he had perfected through troubleshooting how to transport frozen meat, along with nitrogen peroxide and water.

His rink started as members only and appealed to a wealthy clientele. The rink did not smell as did “The Glaciarium” but would have the issue of being too cold, and skaters would have to battle an ice mist that would rise from the frigid ice temperatures.

Skaters were willing to deal with the cold and mist versus smell, and the rink remained popular for many years after opening. Eventually, he opened several more rinks in London. His concept made way for the modern indoor ice rink we know well today.

Where was the First Artificial Ice Rink in America? 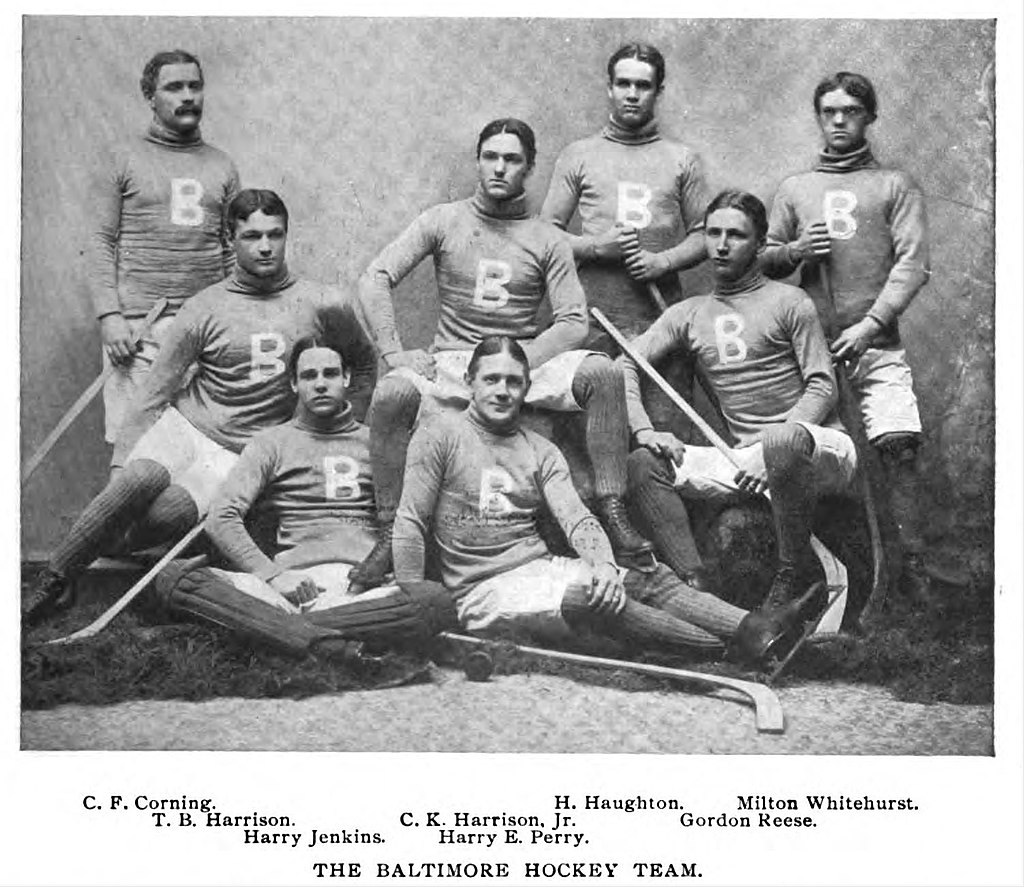 One of the first artificial ice rinks in America was in Baltimore, Maryland, The North Avenue Ice Palace. The indoor ice rink was opened for entertainment, skating, and early ice hockey games in 1894.

The rink was constructed with layers of waterproof paper and wool; cold pipes ran through, which caused the water to freeze. Local churches opposed its construction, concerned about the noise it would draw from crowds.

Within two years of its opening, the rink hosted the first college hockey game between Yale and John Hopkins University. Yale won the game 2-1. In addition to hockey and skating events, the building hosted the Baltimore Kennel Association, Dog Show.

Madison Square Garden opened an artificial ice rink in 1879. It was a massive spectacle, covering 6,000 square feet: only a temporary rink but quite an extravagant event with a spectacular ice show performed at its opening.

Minnesota, the land of hockey, actually did not have its first artificial ice rink until 1924. That was the year The Minneapolis Arena and Duluth Amphitheater opened its doors. Reasons for early day difficulties include financial implications due to war and limitations on access to supplies to make artificial ice.

We have certainly come a long way in terms of supply and demand and the ability to manufacture artificial ice products. Today we can give you a superior artificial ice rink right in the basement of your home! 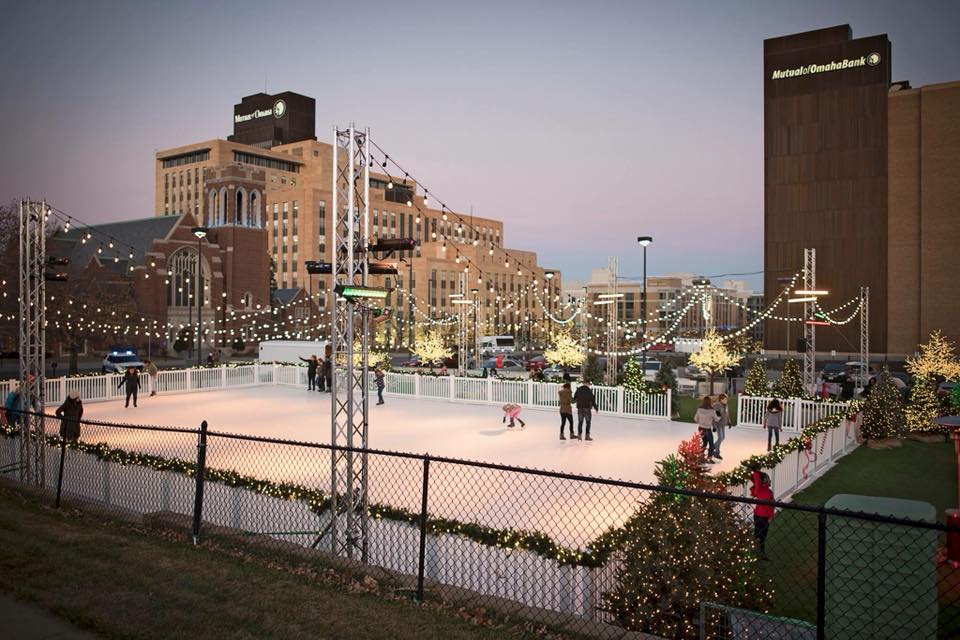 KwikRink has been in the artificial ice industry since the 1990s. We work with installing rinks of all sizes, from those in the homes to professional rinks.

Not only are we involved in the installation, but we have been active in the development of synthetic ice products for decades. We are passionate about making the product better, more robust, and durable.

KwikRink is a leader in the industry. That means we are pioneers, have a first-rate product, and guarantee it will perform for your athlete. We know you will not only love KwikRink synthetic Ice but our service as well.

No matter where you are in the world, we can offer you a free estimate for a synthetic ice rink.

KwikRink also offers rental ice rink options if you aren’t ready to commit to your own. Whether you want to rent a synthetic ice skating rink for a long-term rental we can work with you on what might fit your needs. Reach out to us and discuss our rental ice skating options for a unique experience no matter what time of year!